Several weeks ago Newsweek announced it is to stop printing magazines. After 80 years, one of the giants of US news is going web only. It will no doubt be tempting for others to follow; off-loading manufacturing costs, abandoning a declining print readership, addressing steepening competition on the web. Newsweek’s bold move may well herald the long-forecast demise of the print industry.

But it is not just the physical paper that is disappearing. It is the media’s control over content distribution. Gutenberg’s printing press allowed publishers not only to realise their ideas in print, but also to share those ideas as they saw fit. That power is slowly being eroded. Newsweek’s decision underlines the fundamental shift in newspaper and magazine publishing in the age of Web 2.0; a relinquishing of the mode of production.

END_OF_DOCUMENT_TOKEN_TO_BE_REPLACED

[This article was original published at Nexus Ireland, 9 Nov 2013]
Russell Brand’s manifesto for a “revolution of consciousness” has, it seems, opened space for an important debate about revolution and democracy. Unfortunately the UK press remains, for the most part, stuck on Brand’s disenchantment with a particular mechanic of democracy – voting. Yet few have offered the revolutionary generation a convincing reason why they should engage in a “tacit act of compliance” for a multi-party democratic system with no significant “distinctions between [political] parties.”

Citing anecdotal evidence, Brand highlights a particular problem with capitalist democracy – the tendency of power to concentrate: “Whatever party they claim to represent in the day, at night they show their true colours and all go to the same party.” An observation that couldn’t be more timely, coming as it does when the trial of News International’s Rebecca Brooks and Andy Coulson is getting into full swing.

Brooks, a former chief executive of Rupert Murdoch’s News International, is a neighbour of Prime Minister David Cameron, and, it is said, they are on such good terms, she even lets him ride her horses (one of which was lent to her by Scotland Yard). Apparently, Brooks was introduced to Cameron through her husband, who was “one of his school friends”. For his part, Coulson, a former editor of Rupert Murdoch’s News of the World, was made director of communications for the Conservative Party in 2007 and later appointed by Cameron to be his chief media spokesman.
END_OF_DOCUMENT_TOKEN_TO_BE_REPLACED

Challenged by ABC News’ (formerly BBC News’) Jon Williams to substantiate an observation made about the content of his tweets this handy infographic was made [click the image to see the full graphic]: 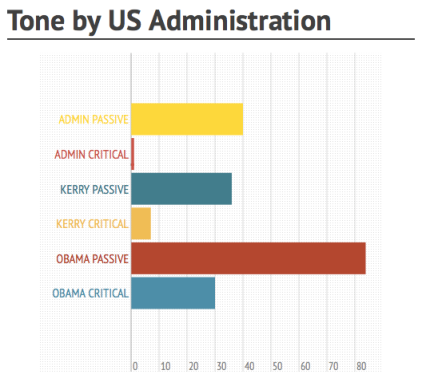