“It is an urgent and immediate priority to reinforce international market confidence in our ability and commitment to restore our banking system to health and to secure the long-term sustainability of our fiscal position.” [Brian Lenihan, 30/09/10]

Below is a graph attempting to chart ‘the market’s’ reaction to government policy over the last 3 years. If anyone has access to the raw data used to create the bond yield graph (GIGB10YR:IND) please send it our way. 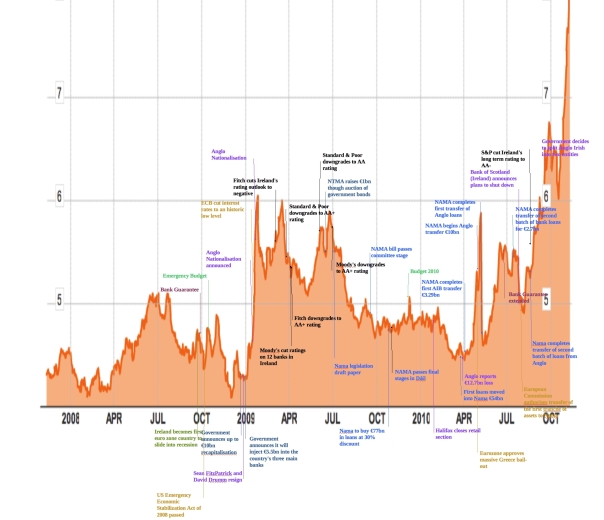 10 thoughts on “How not to “reinforce international market confidence””